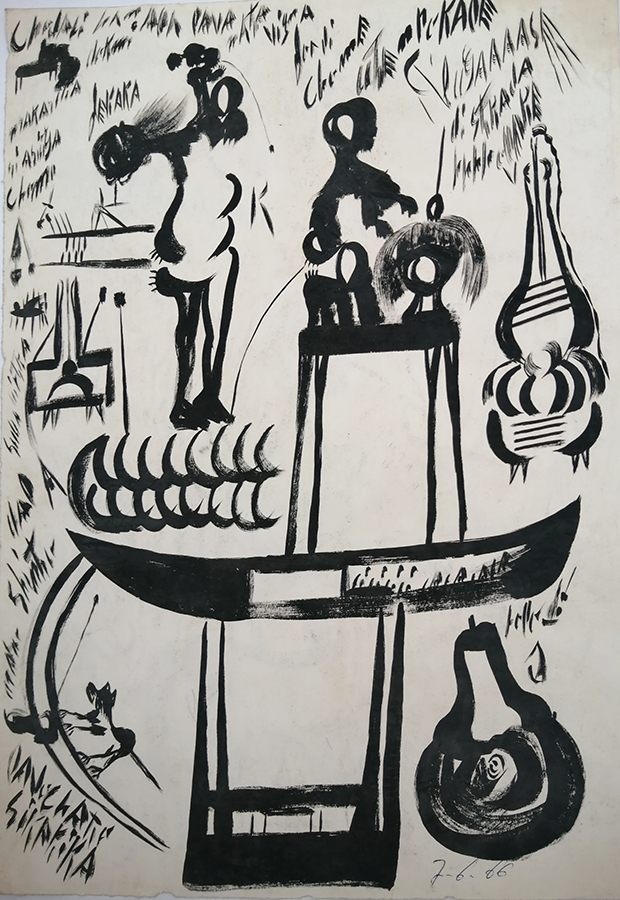 Carlo Zinelli Carlo Zinelli was born at San Giovanni Lupatoto (Verona) in 1916. He was only two years old when his mother died. When he was nine, his father, a carpenter, sent him to work on a farm. Carlo later became a butcher’s apprentice at the municipal abattoirs in Verona. During this time he began […] 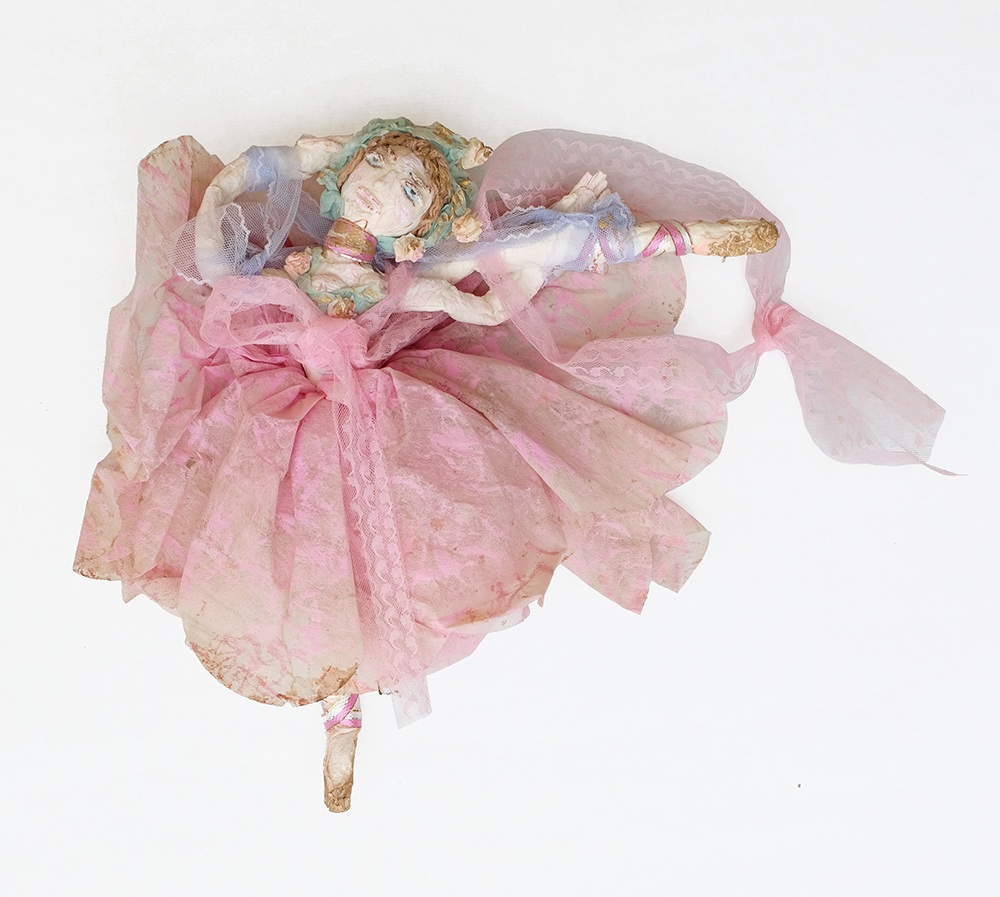 Annamaria Tosini In the garden of the family villa in Casteldaccia (Palermo), in a path of flowers, sounds, perfumes, where the trees had drops of crystal fruits, Annamaria Tosini (Palermo 1930-2013) had walked around welcoming Jorge Luis Borges and her wife Maria Kodama. The wife of an engineer, Annamaria Tosini, has been a permanent presence of the […] 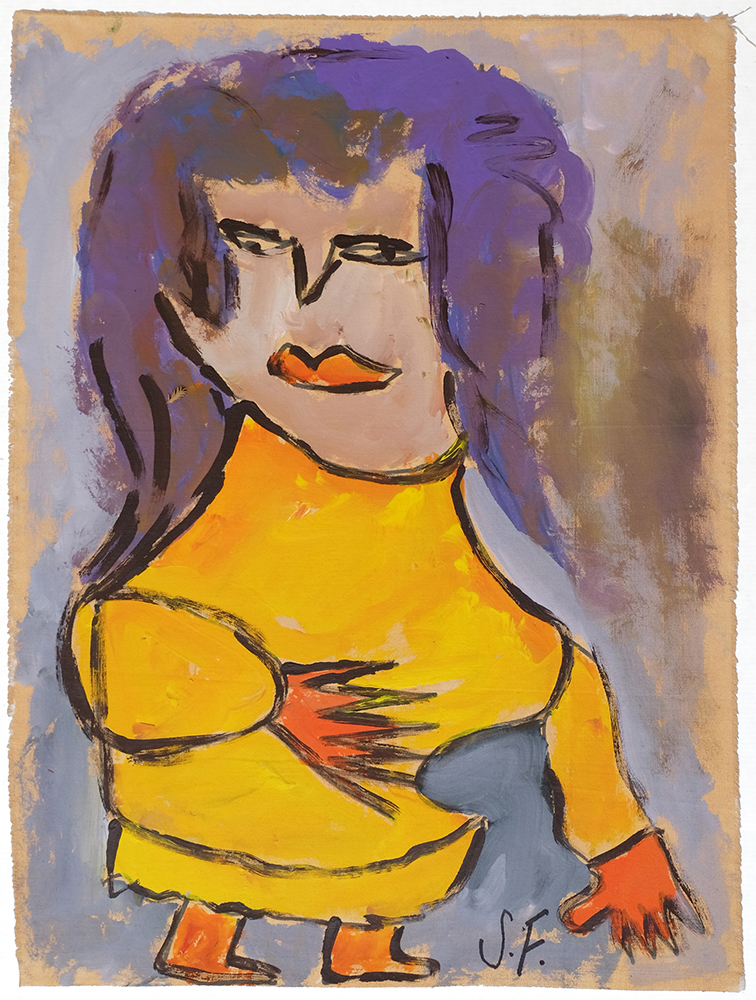 Franca Settembrini Franca Settembrini was born in 1947 in Florence. She has been hospitalized into Florentine psychiatric hospital at 11 years old. Since 1976 she has been attending the art laboratory La Tinaia, painting with a lot of energy but in a discontinued way. She stops painting in 1986 when she moves out of Florence. In […] 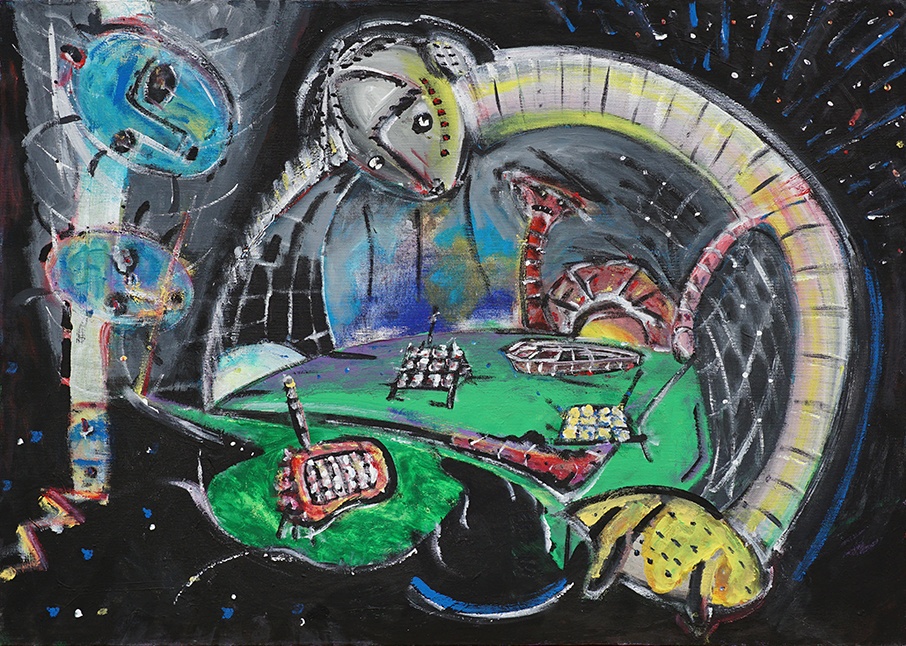 Alessandro Santoro Alessandro Santoro was born in Faenza (Ravenna) in June 1969. He lived with his family first in Marche and Lombardy, and at the end of the Seventies he moved to Novara, where his parents started a craft activity. After graduating as a surveyor, he enrolled in the faculty of architecture at the Milan […]

Nabila She was born in Cairo in 1945. In Egypt she lived for twenty years, then she married and moved to Italy. Following the failure of the marriage and after various difficult situations, Nabila faces an emigrant life and, while her residences vary, she loses more and more personal references and self-control. In 1997, in the former […] 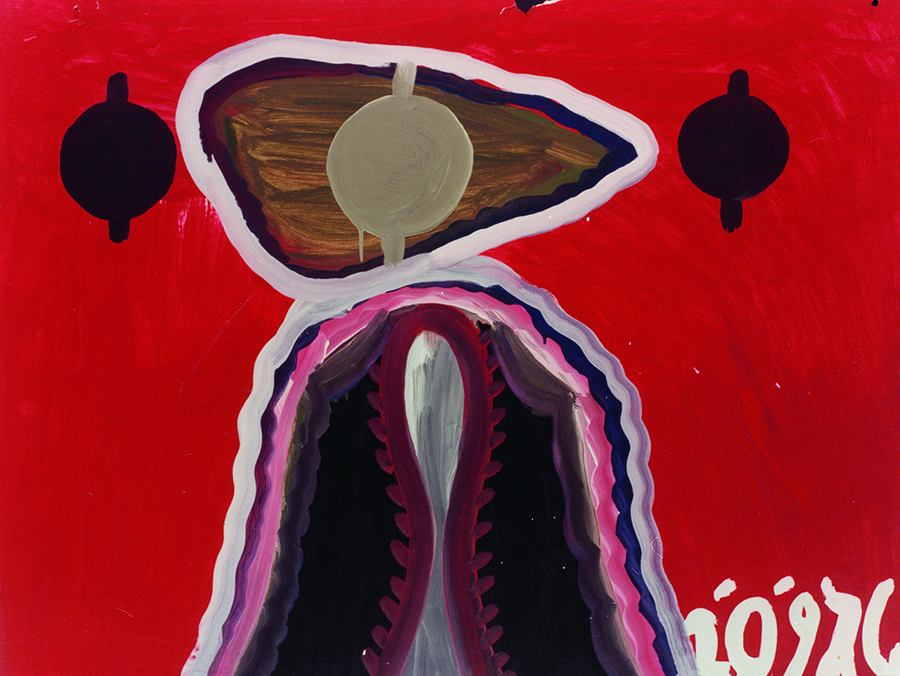 Tarcisio Merati Tarcisio Merati was born in 1934 in Bonate Sopra, near Bergamo. He rebels very soon against his own family life conditions of extreme poverty. He loses his father when he is a little child. His mother remarries with an uncouth man who often beats him. After elementary school and professional training, Tarcisio works […] 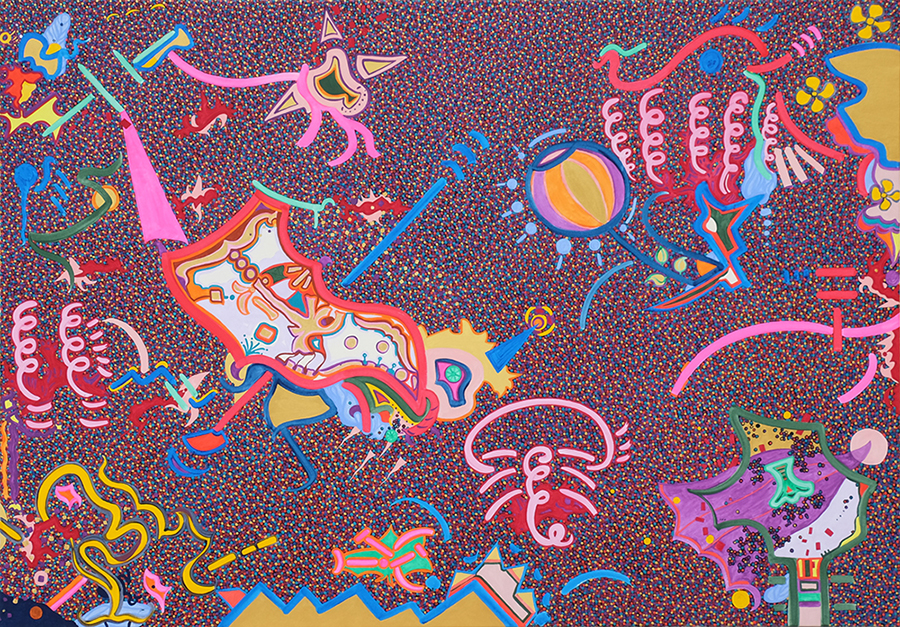 Cristina Martella Cristina Martella was born in Atri, in the province of Teramo, where she lives and works. As a child she is attracted to painting but she graduated in Economics in Pescara. After university and a short trip to London, she decides to follow her dreams and devotes herself exclusively to painting, moving from […] 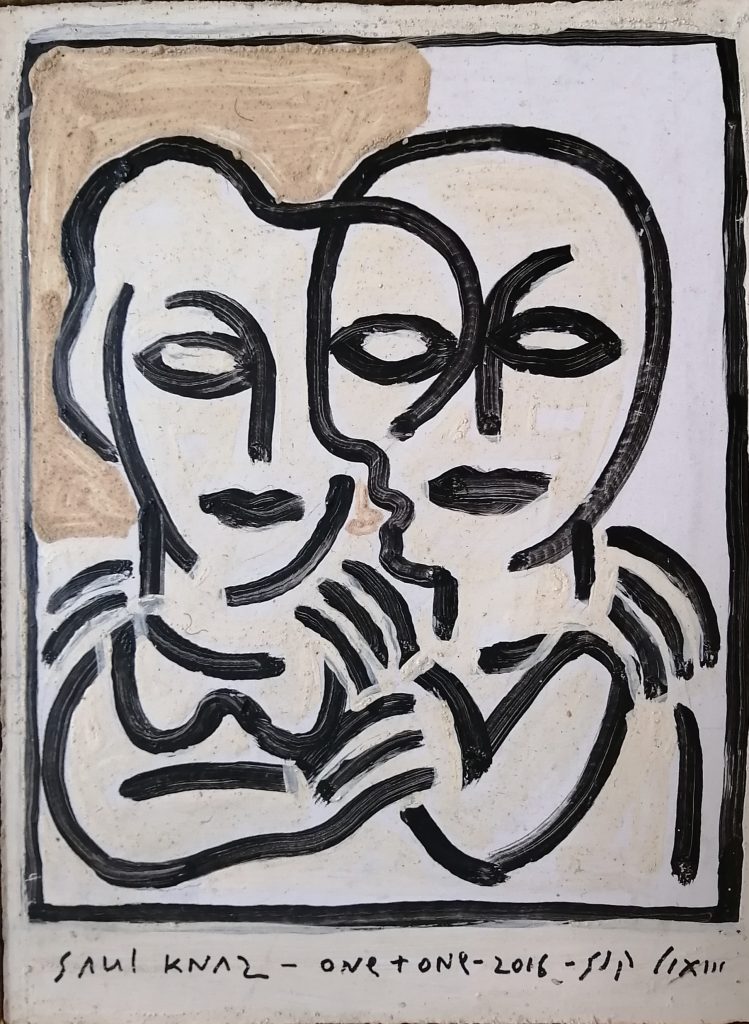 Shaul Knaz Shaul Knaz was born in 1939 in Kibbutz Gan Shmuel, Israel, where he has been living for all of his life. Knaz describes his as a social art. Self-taught artist, formerly an illustrator and graphic designer, Knatz observes the situations in his country, in the kibbutz. He cares about the people desire, their […] 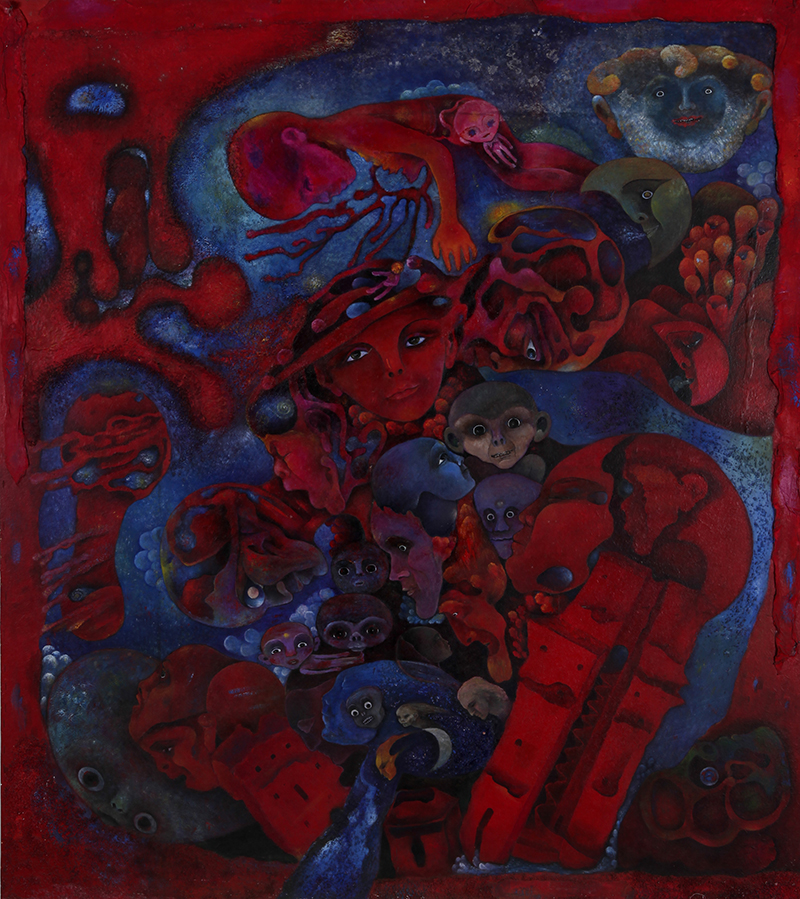 Marie-Claire Guyot Marie-Claire Guyot was born in Paris on May 19th, 1937. She studied piano at the Conservatory in Marseilles where she spent her youth. In 1961 she began to paint,  she married Bruno Colombo and moved to Italy, where she lived first in Venice, then in Turin and finally in Milan. But every summer she […] 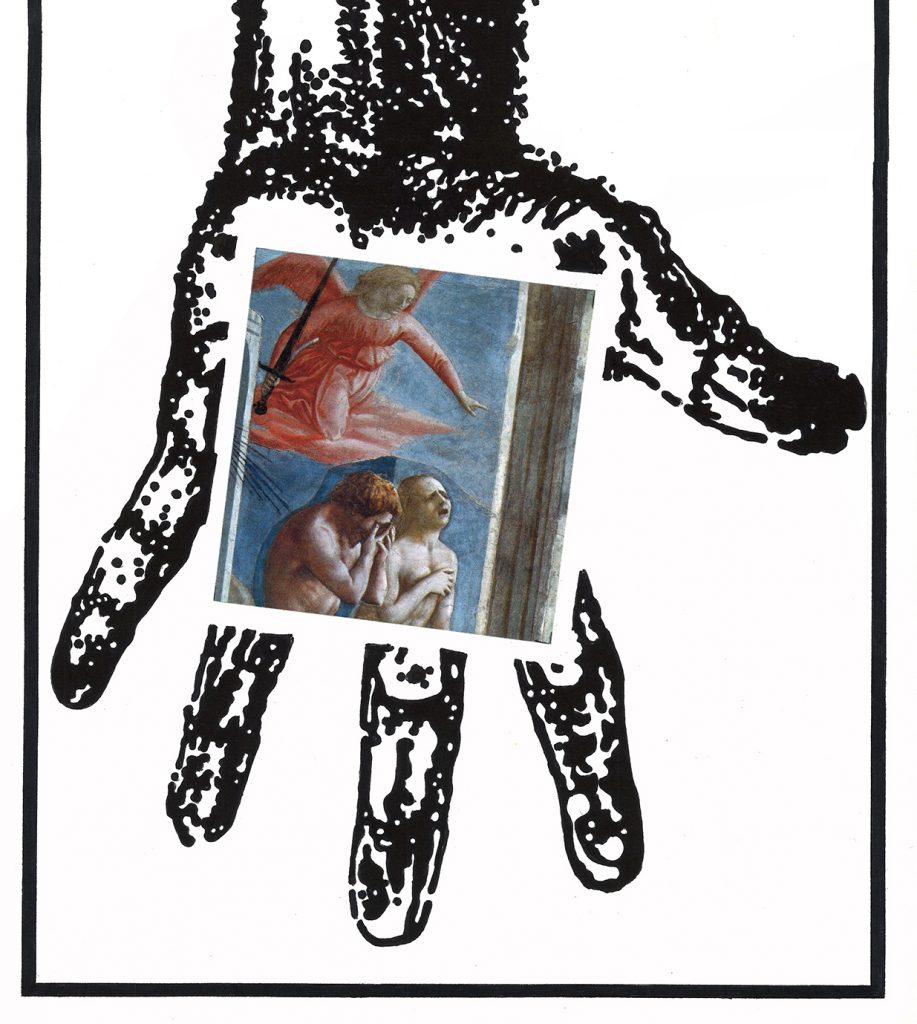 Mauro Gottardo Mauro Gottardo was born in Bardonecchia (Turin) in 1965. He lives in Turin. He attended the Franco Balbis Professional Institute where he specialized in graphics and different printing techniques. He later held screen printing courses for schools. During a period of work as a typographer he discovers his love for graphic art and lettering. […]